U.S. citizens need a valid passport and visa to travel to Vietnam. Passports should be signed and valid for at least 6 months beyond the completion of your trip, and must have enough empty pages to allow for Vietnamese entry and exit stamps to ensure your entry and exit. Before traveling to Vietnam, you will need to obtain a Vietnamese visa, a visa exemption document, or a written approval letter for a visa upon arrival. If you arrive without the appropriate documents, you will not be permitted to enter and will be subject to immediate deportation. Vietnamese visas are usually valid for single entry, unless the traveler specifically requests a multiple-entry visa, for which there may be an increased fee. Travelers should be careful not to stay beyond the date permitted on their visas in order to avoid difficulties when departing the country.

Pre-Arrival: A visa to Vietnam can be applied by mail or in person at the Embassy of Vietnam as early as six months prior to the date of travel. Applicants need to submit an original passport, one passport-size photograph (2×2 inches), fill out an application form, pay the visa fees, and include a prepaid return envelope. Processing time can take anywhere from three to five business days. To apply or for more information: http://vietnamembassy-usa.org/services/visa-application-process.

In February 2017, Vietnam introduced an e-visa system for citizens of 40 countries, including the United States.  The program uses an online application process to issue 30-day, one-entry visas for a $25 fee per person. This e-visa program will continue through January 31, 2019 subject to review and extension.  The Vietnamese e-visa instructions and application are available online. Please visit The Vietnamese government websites at https://www.xuatnhapcanh.gov.vn.

For more updated and other information please visit: 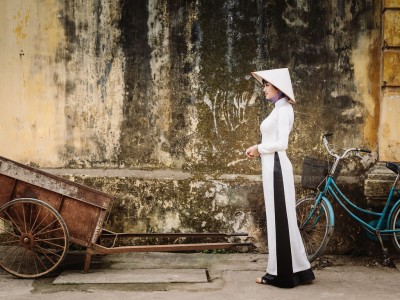 A good source of health information for travelers is the Center for Disease Control (CDC). You can visit the CDC web site at http://www.cdc.gov. You should be up to date on routine vaccinations while traveling to any destination. Please be advised that high-standard medical care is not available in the more remote areas of Vietnam. Please ensure that we are aware of any physical disability or frequent of ongoing medical requirements. Sightseeing may require, at minimum, the ability to walk at a moderate pace for a mile or two, and the balance and agility necessary to climb stairs, enter and exit buses and boats, and navigate uneven or cobble-stoned streets. Some sightseeing stops do not have elevators or wheelchair access. Bring medications in their original, clearly labeled containers. A signed and dated letter from your physician describing your med­ical conditions and medications, including generic names, is also a good idea. If carrying syringes or needles be sure to have a physician’s letter documenting their medical necessity. When on vacation, it is always wise to watch what you eat and drink, but please do not drink the tap water while traveling in Vietnam. Most hotels will provide complimentary bottled water and additional bottled water can be purchased throughout your trip.

Vietnam’s unit of currency is the dong (₫), available in the following denominations: Banknotes: 100, 200, 500, 1,000, 2,000, 5,000, 10,000, 20,000, 50,000, 100,000, 200,000, 500,000 ₫; Coins: 200, 500, 1,000, 2,000, 5,000 ₫. Most major foreign currencies can be exchanged only at authorized agencies such as banks, exchange offices, and hotels, though the US Dollar is most favored. US Dollars, traveler’s checks in US Dollars, and major credit cards can be used for most transactions in hotels with an international affiliation. Relatively few establishments accept traveler’s checks or American Express cards, though larger shops usually accept other major credit cards. A service charge of up to 3% may be imposed on credit card transactions; smaller, though similar, fees may also be charged for payment via traveler’s check. There are ATMs in Hanoi and Ho Chi Minh City, but international access is limited and undependable. Bargaining is a common practice except in large department stores. The exchange rate is constantly fluctuating, but it can be found to be approximately 1 USD = 21,075 VND. For the most updated exchange rate, please check www.xe.com.

Electrical service in Vietnam is supplied at 220 volts and 50 hertz. Bringing an adaptor is a good idea if you are planning on using electronics (i.e. cell phones, laptops, cameras, etc.) during your trip.

The country of Vietnam has a long history of elaborate food preparation, and over 500 traditional dishes have been recorded. Rice and noodles are staples in Vietnamese cuisine, and fish, lobster, shrimp, crab and other seafood are abundant and inexpensive. Ingredients that are commonly used include soy sauce, shrimp paste, fish sauce, fresh herbs (ginger, mint, coriander, chili, basil, etc.), fruits, and vegetables. Favorite dishes include delicate spring rolls (vegetables, shrimp, and other ingredients wrapped in rice paper), pork sausages, and beef noodle soups.

Traditional Vietnamese food is believed to be one of the healthiest cuisines around the world as it is deeply admired for its use of fresh ingredients, minimal use of oil, and dependence on herbs and vegetable. Regardless of precautions, changes in water and diet can result in mild abdominal upsets and nausea. To prevent serious illness, avoid suspect foods such as uncooked vegetables, peeled fruit, un-pasteurized milk and milk products. Beware of any food or drink sold by street vendors.

In Vietnam, the national language is Vietnamese, with northern (Hanoi), southern (Ho Chi Minh City), and central (Hue) dialects. Vietnamese is a tonal monosyllabic Mon-Khmer language, in which words derive meaning from one of six tones in which they are spoken. Among educated citizens of more than forty years of age, French is often a second language. English is required to be taught in school curriculum and is used as the second language in the country. In rural areas, foreign language speakers are rare.

Vietnam is located in both a tropical and temperate zone where the weather is dictated by two monsoons, meaning double trouble on the rain front. The winter monsoon comes from the northeast between October and March, bringing along with it strong winds that affect the whole country. From April or May to October, the summer monsoon brings hot, humid weather to the whole country except for those areas sheltered by mountains. For the best balance, we’d vote for the months of April, May, or October. For those sticking to the south, November to February is dry and a touch cooler. From July to November, violent and unpredictable typhoons hit central and northern Vietnam, which can dampen the spirits of even the most enthusiastic traveler.

This will be contingent on your own personal preference and the time of year you are traveling. Generally, we suggest that travelers pack lightly and to bring comfortable, casual clothes in natural, “breathable” fabrics because of the humidity. Choose versatile styles that can be layered. A lightweight (preferably non-plastic) raincoat or poncho is a good idea, as well as a sweater or lightweight jacket for early morning/evenings and air-conditioned buildings.  A sturdy, comfortable pair of walking shoes is a must, as sandals may not be comfortable for some sightseeing activities. Some hotels have pools, so you may want to pack your swimming suit. Do not forget to bring sun block, sunglasses, insect repellent, pocket packs of tissues, a sunhat, an umbrella (for both the sun and rain), and any medications you may need. Most hotels offer reliable laundry and dry cleaning services.

Always wear what you are most comfortable traveling in, but a reasonable amount of modesty ought to be exercised. In most areas, comfortable, casual clothes such as short sleeved shirts, polo shorts, long skirts, etc., are great for sightseeing. Remember that temperatures are likely to be hot and humid so wearing light, loose fitting fabrics is a good idea.

When visiting temples in Vietnam, bear in mind that they are places of worship, so one should dress politely in modest and conservative clothing as they would at any other religious place. Clothing such as short sleeved shirts, polo shirts, and bottoms or skirts that cover the knees are acceptable. You will need to cover one’s shoulders, and women will need to wear long sleeved tops to cover their arms. Often times, those that are not dressed properly will be turned away.

Hotels may impose a hefty charge on international calls. Check your hotel’s policy before placing any calls. To avoid hotel markups you can use a calling card from your local long-distance carrier. A number of United States cell phones manufactured today have the ability to operate overseas on the GSM (Global System for Mobile) standard. We recommend that you contact your cell phone service provider to determine if your phone operates on the GSM and what, if any, activation may be required. In Vietnam, reception on any cell phone can be unreliable and unpredictable. In some locations, transmission is not possible at all. If access to e-mail is of critical importance during your trip, please check availability in advanced. Most hotels have business centers or in room WI-FI service, surcharges may apply.

The Rough Guide to Vietnam by Ron Emmons