This 10-day Tibet and Nepal journey covers two of the Himalayan most beautiful nations. Our adventure begins from Lhasa, the capital city of China’s Tibet Autonomous Region known as the roof of the world. We will visit the holy temple of Jokhang and Potala Palace and see some impressive Tibetan monasteries such as Sera Monastery, Drepung Monastery, and Ganden Monastery. From Lhasa, we board a mountain flight to the beautiful country of Nepal, home to the towering Mount Everest. We spend a few days around Kathmandu to experience the area’s lifestyle, culture, and diversity. Visit UNESCO-listed heritage sites in Kathmandu, and admire the blend of mountains and lush landscape from a popular hill station Nagarkot.

We arrive in the Chinese capital and transfer to our hotel located just outside the terminal. Enjoy the remainder of the day at your leisure.

This morning, we will return to the airport to fly to Lhasa, Tibet’s capital and the only major city. Sitting on a plateau on the northern side of the Himalayas, Tibet is an autonomous region of China that covers 474,300 square miles. Upon arrival, meet your Tibetan guide and drive into town along the beautiful Kyi Chu River, approximately 60 minutes. After we check into our hotel, enjoy the rest of the day to relax and acclimate to the high altitude at an elevation of nearly 12,000 feet above sea level. It is critical to stay well hydrated and avoid over-exertion until you are more used to the altitude.

Today we visit the beautiful Norbulingka, the former Summer Palace of Tibetan Kings, before heading to the Drepung Monastery, home of the Dalai Lamas before the Potala Palace was built in the 17th Century. At Tibet Autonomous Region Museum, we learn about Tibet’s rich cultural history and natural resources.  Its exhibits and artifacts range from unique Tibetan art and handicrafts, costumes, jewelry, and adornments made of precious metals and fine Chinese pottery. Continue to the Sera Monastery, noted for its theological debates. As a daily routine, the monks gather in a courtyard and debate on the Buddhist doctrines with supplemented gestures, which is thought to be helpful to facilitate better comprehension of the Buddhist philosophy to attain higher levels of study. Finally, visit a Mentsekhang, a traditional Tibetan Hospital and the center for the treatment, training, research, and production of Tibetan medicine.

Start today’s Lhasa exploration with an exciting visit to Lhasa’s iconic Potala Palace, a UNESCO World Heritage site. We walk up to the palace along the zigzag stone paths with white-and-red walls to the top, where you appreciate the exotic Tibetan-style architecture and a panoramic view of Lhasa’s urban areas. Walk into the inner space of Potala Palace to explore the stately chapels and learn about the history of the palace. Then visit the 7th-century Jokhang Temple, a four-story timber complex with a golden top, which combines Tang Dynasty, Tibetan, and Nepal architectural styles. Every day, pilgrims come from every corner of Tibet worship here and make it a perfect site for photographers. Continue to the famous Barkhor Street, a circular and wide street encircling the Jokhang Temple. The local people like to walk on the street for several circles, usually in the late afternoon as a daily tradition of pilgrimage. The street also has many shops selling a wide variety of traditional Tibetan goods, religious items, and handcrafts.

In the morning, drive 30 miles east of Lhasa to visit the spectacularly situated Ganden Monastery, one of the most important monasteries in Tibetan Buddhism, located on top of Wangpori mountain. Admire fantastic views of Lhasa valley as you perform kora by walking a complete circle around the sacred grounds. On your way back to Lhasa, continue along the opposite side of the Kyi Chu Valley to visit the Drak Yerpa caves, one of the holiest cave retreats in Tibet.

This morning, we returned to the airport for our flight to Kathmandu, the Nepalese capital. Upon arrival, transfer to our hotel and enjoy the rest of the day at leisure.

Kathmandu is the capital and the largest city of the mountainous nation of Nepal. The city was once known as ‘Kantipur’ (City of Glory), nestled about 4,594 feet above sea level and surrounded by four major mountains: Shivapuri, Phulchoki Nagarjun, and Chandragiri. Kathmandu has the densest UNESCO-listed World Heritage Sites among the world’s capitals. People in Nepal do not greet each other with a handshake, and they touch their palms and bow, saying ‘Namaste,’ which translates to ‘I salute the God in you.’

After breakfast, visit Durbar Square with its old temples and beautifully carved exteriors. Later, visit Kumari Temple, home to the world’s only living Goddess. Then venture outside of the city to see the hilltop Swayambhunath stupa. Its lofty white dome and glittering golden spire are visible for miles away from the valley. There are a pair of big eyes on the four sides of the main stupa. These eyes are symbolic of God’s all-seeing perspective. There is no nose between the eyes but rather a representation of the number one in the Nepali alphabet, signifying that the single way to enlightenment is through the Buddhist path. You can get a panoramic view of the Kathmandu valley from the hilltop on a clear day. We travel through Kathmandu Valley to Patan, a hub of Buddhist and Hindu culture, full of religious art, temples, and monasteries. Stroll through Patan Durbar Square, which holds the greatest concentration of Newari architecture anywhere in the valley. In the fascinating narrow streets surrounding the square, there are more than 600 stupas.

The Patan Museum is the restored palace of the 17th Century Malla Kings and houses bronze statues and religious objects, some dating back to the 11th Century. The gilded doors and windows open to the Krishna Mandir Temple built by King Siddhi Narasigh Malla in 1637 and is still in use. The temple has three floors and 21 golden pinnacles. The first floor enshrines Krishna, the second is Shiva, and the third is Lokeshwor. Late afternoon we return to our hotel.

A morning excursion takes us to the UNESCO World Heritage site of Bhaktapur, known as the town of the Devotees in the Kathmandu Valley, with an altitude of 4,596 feet. This ancient city exhibits Newari art and architecture from the Malla period (13th – 18th Century). Its main attraction is the Durbar Square – the palace complex. Continue to the hilltop temple of Changu Narayan, the oldest Vishnu shrine in Kathmandu Valley. The two-story temple has many intricate carvings of the ten incarnations of Vishnu and different multi-armed tantric goddesses. Changu Narayan’s true gems are the Lichhavai period (4th to 9th centuries), stone, wood, and metal carvings in the courtyard surrounding the main temple. The Changu Narayan Temple is one of seven structures cited by UNESCO as demonstrating the historic and artistic achievements that make the Kathmandu Valley a World Heritage Site. Continue travel to Nagarkot, noted for its striking views of the Himalayas, including Mount Everest to the northeast. Among all the places for mountain viewing in the Kathmandu Valley, Nagarkot is considered the best. You can see Mt. Everest (Sagarmatha) on a clear day from Nagarkot.

Located on the banks of the Bagmati River, the sacred Pashupatinath Temple is a manifestation of Shiva and means ‘The Lord of Animal.’ This temple has been a UNESCO World Heritage Site since 1979. The temple premise consists of temples, ashrams, idols, and inscriptions added over centuries. The temple is the ultimate destination for devotees during the Maha Shivaratri Festival, where a crowd of thousands gathers to pay homage to Lord Shiva. The main temple within the complex is of pagoda shape with golden roof and silver doors on all four sides of the temple. Inside the temple is a Shiva linga with four faces of Shiva, with four different names and significances. Pashupatinath area is one of the most important places of pilgrimages for Hindus.  Thousands of devotees from all around the world come to Pashupatinath every day. The temple permits only Hindus, but you can get a good view of the temple from the river’s opposite bank. Every evening aarti (light offering) to Lord Shiva is performed, observed from across the river. The view of Arya Ghat (cremation ground only for Hindu) is also possible from the spot. Continue to Boudhanath, the largest stupa in Kathmandu Valley at about 131 feet high and one of the most important Buddhist stupas. The all-seeing red, white and blue eyes of Buddha are painted on all four sides of the stupa and surrounded by hundreds of fluttering prayer flags, prayer wheels, and small images of Buddha.

Our tour concludes today after breakfast. A departure transfer will take you to Tribhuvan International Airport for your onward travel.

Prices listed are per person, based on double occupancy and subject to availability. This is a land only package without international airfare. Tour prices include hotel taxes and service charges. (LO122821/C10)
Click on Terms & Conditions for important information. 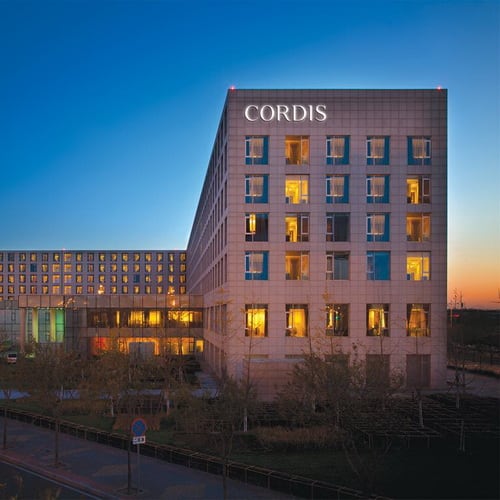 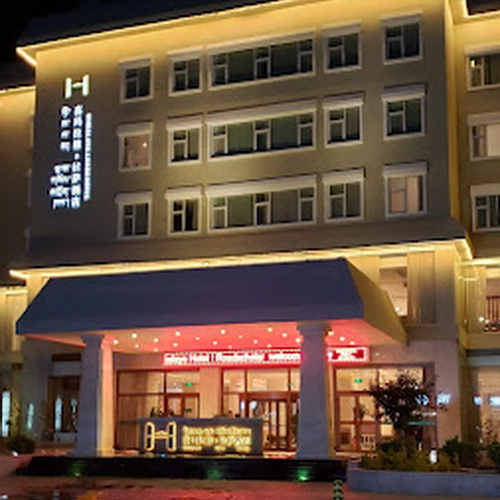 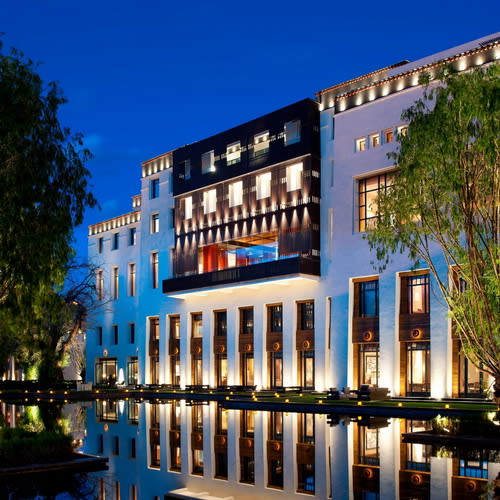 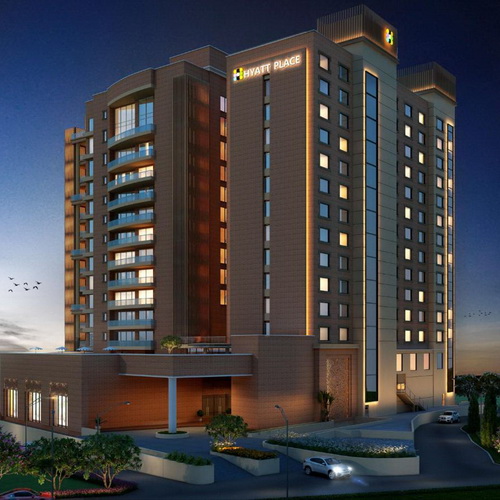 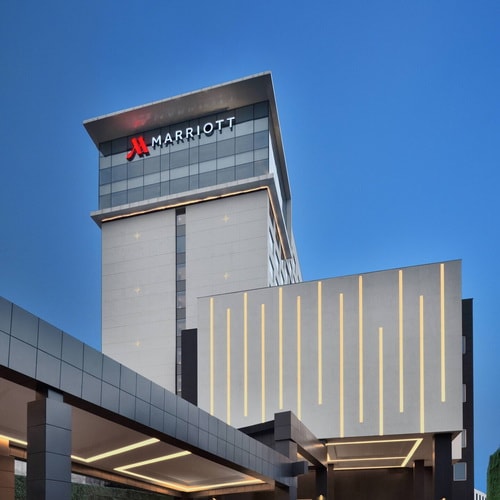