Experience a blend of China’s most breathtaking sites with this 12-day tour designed to captivate any traveler. Beijing offers a chance to indulge in China’s many wonders such as the Great Wall, Tiananmen Square, Forbidden City, Temple of Heaven, and much more. Your journey will then take you to the stunning Terracotta Warriors in Xian, the Three Gorges of the Yangtze River where you will enjoy a relaxing cruise through its entrancing waters, and the historical Bund Promenade in Shanghai. This program highlights China’s most popular destinations at just the right pace.

After customs and immigration formalities, our local representative will welcome you and assist with the transfer to the hotel.

This morning, visit Tiananmen Square (literally known as Gate of Heavenly Peace) for a stroll on the largest public square in the world and enjoy the view of the monuments that surround the square. From here, we walk through the Gate of Heavenly Peace to the magnificent Forbidden City (closed on Monday), which was home to the Ming and Qing dynasties for over 500 years. In the afternoon, ride on a pedal-powered cab and tour Beijing’s traditional courtyard neighborhoods (hutongs), where old traditions remain very much alive. Take a brief stroll through the hutongs, concludes with a visit to one of the local families here. Tonight we enjoy a traditional Peking Duck dinner at a local restaurant.

Travel to the northwest of Beijing to visit China’s most famous attraction – the Great Wall of China at Mutianyu. Built over 2,000 years ago, it stretches 4,000 miles across mountains and valleys in the northern part of China. We walk along a well-preserved section of this true wonder of the world and enjoy the panoramic views. Here you will have the opportunity to ride a cable car up and a toboggan sled down. Return to the city with a brief stop at 798 Art District (also known as the Dashanzi Art District) with free time to explore the galleries and museums and have lunch on our own.

Continue exploring Beijing’s famous sights with an early morning tour to the Temple of Heaven, a complex of buildings representing the pinnacle of Ming and Qing architecture built-in 1420, including the Hall of Prayer for good harvest, the Imperial Vault of Heaven, and Circular Altar. Spend the afternoon at the former Imperial Summer Palace – the famous royal garden Empress Cixi favored in the late 19th century. The surrounding park areas are also alive, with locals practicing tai chi, playing traditional musical instruments, enjoying a game of Chinese chess, or just chatting with friends. We walk the “Chang Lang” (the Long Corridor) and end your visit with a shared boat ride on Kunming Lake.

Fly to Xian, home to one of the most famous archaeological sites in the world – the Terracotta Warriors. Upon arrival, start our afternoon sightseeing and take a stroll along the top of the City Wall, one of the few remaining City Walls in China.  Originally built to provide the inner city with an effective means of defense against attack, the City Wall contains four gates and a large number of towers and bastions. X’ian City Wall is the best-preserved, oldest, and largest ancient city defense system in China. Proceed with a walk through Xian’s Muslim Quarter en route to the mosque. The Great Mosque, one of the most interesting sites in a city known for its rich history.  While the Buddhist traditions of Chinese culture are well known to most visitors, the influence exerted by Islam is not.  Yet, of the religious beliefs within China today, no one can claim the strength of belief that Islam does.

In the morning, discover the Shaanxi Provincial Historical Museum (closed on Monday), China’s most renowned. After a traditional dumpling lunch at a local restaurant, take a short drive to one of the marvelous archaeological discoveries, the Terracotta Warriors in Xian. This underground tomb is home to a vast army of unique soldier statues that once served the sole purpose of protecting the Qin Emperor in his afterlife. You will also have the opportunity to witness the Circle-Vision Documentary on the history of the site and to view the bronze chariots and horse sculptures which are the most precious centerpiece of the Terracotta Warriors Museum.

This morning, we will return to the airport for our flight to picturesque Chongqing, where we visit the local zoo to see the beloved pandas. Following dinner at a local restaurant, we board our Victoria Cruises ship and set sail this evening.

Take a shore excursion to Shibaozhai, with its impressive wooden pagoda, appropriately named “The Pearl of the Yangtze.” You may also take an optional shore excursion to Fengdu’s “Ghost City” (river conditions permitting), known for its statues of ghosts and devils on Mingshan Hill. Depending on river conditions, an alternate excursion may be substituted to Fengdu, visiting the new relocation village built for families who have moved due to the Yangtze’s rising waters brought about by the Three Gorges Dam.

Enjoy the breathtaking river landscapes of the Yangtze as you cruise through the Qutang Gorge, the first of  Yangtze’s three enchanted gorges, famous for its high cliffs and steep precipices with sharp edges rising one after another on either side of the Wu Gorge, home to the twelve peaks of the Wu Mountains. Transfer to another vessel for a relaxing excursion through the attractive gorges of Goddess Stream. Depending on river conditions, an alternate excursion may be substituted to the gorges of Shennong Stream. Sail on to the Xiling Gorge, the longest of the famed Three Gorges. You may also take an optional shore excursion to White Emperor City (river conditions permitting), an ancient city overlooking the western end of Qutang Gorge.

We tour the site of the vast Three Gorges Dam Project this morning then continue cruising to Yichang. Disembark in Yichang and fly to Shanghai, the “Paris of the East.” Tonight’s dinner is on our own.

Start your day with breakfast at the hotel and begin your tour at The Oriental Pearl TV Tower, a landmark of Shanghai that faces the Bund across the Huangpu River at Lujiazui, the busiest part of Pudong’s new Area. At the height of 1,535 ft, it is the tallest TV tower in Asia. An elevator whisks visitors to the tower’s observational deck, where they can feast their eyes on a panoramic view of Shanghai. Proceed to The Bund. This waterfront area sweeping along the Huangpu River has become the center of Shanghai’s foreign business establishment and symbolizing Shanghai’s identity as a modern city.  Take a walk through Shanghai’s old Chinese quarter to the lovely Yu Yuan garden (closed on Monday), a 16th century Ming Dynasty private garden and residence.  Despite Shanghai’s crowded lanes and teeming masses, the garden remains an oasis of tranquility.  Its deceptive size, laid out with many corners and breezeways to give one the illusion of size, houses in exquisite harmony the essential elements of a Chinese garden – pavilions, water, vegetation, rock formations, and bridges. The Old Town refers to the original Chinese city that flourished in the Ming dynasty. The architecture of the area has been restored to the original Ming period style. For lunch, Dim Sum will be served. After dinner, we attend an astonishing performance of the world-famous Shanghai acrobats.

Transfer to the airport for your flight home.

This is a land-only package without airfare. Prices are from per person based on twin/double share accommodation and travel in the low season. Seasonal surcharges and blackout dates may apply. Limited seat/spaces and all pricing is subject to change and availability. Rates for single or triple travelers are available on request - please inquire. (LO/012719/C-10) 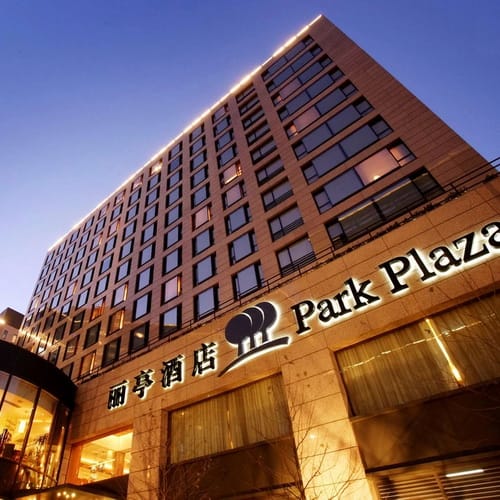 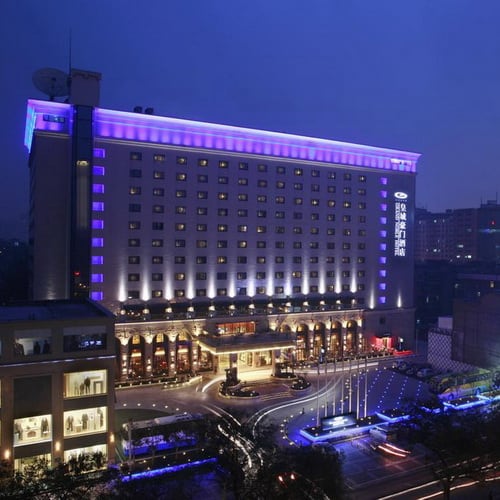 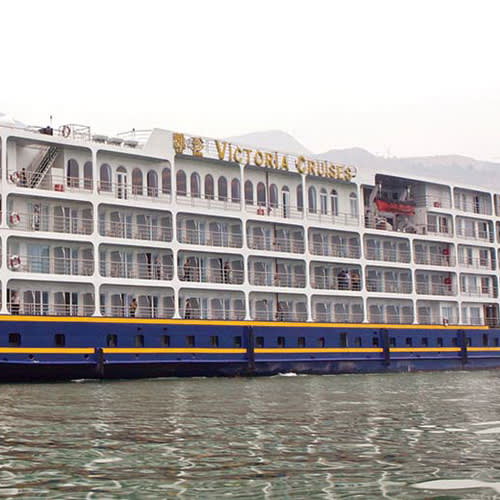 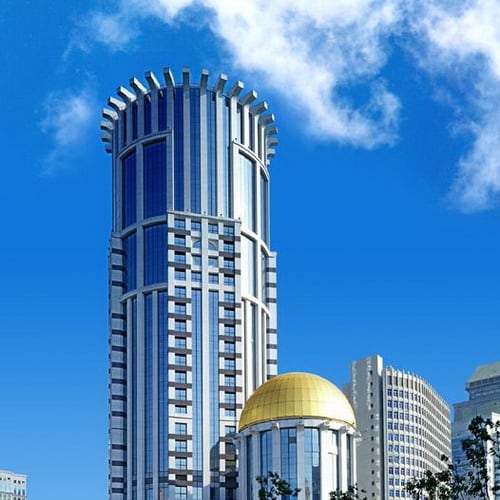 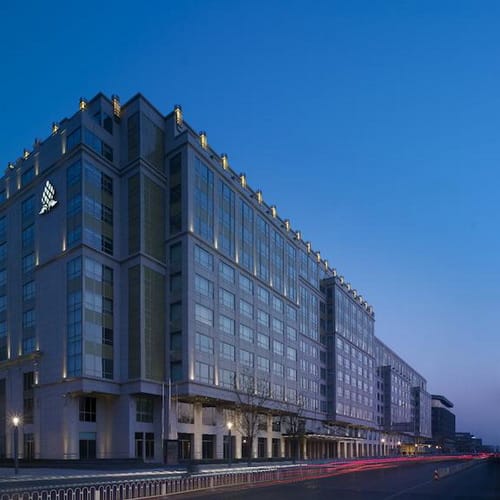 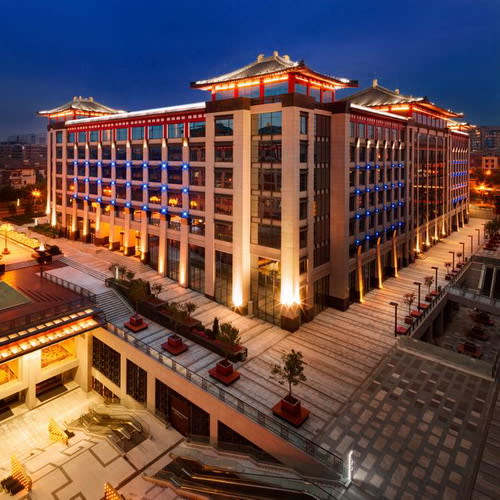 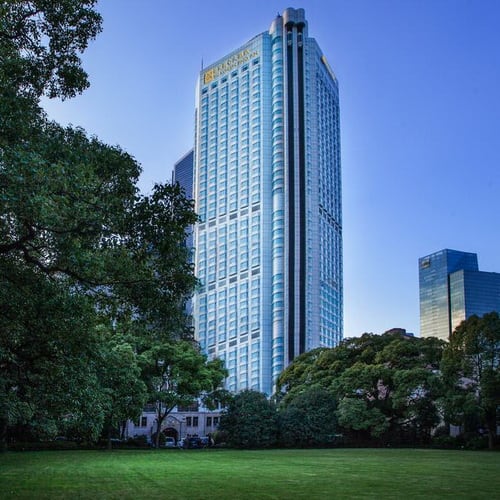