Taj Mahal &
the Tigers of India

See the vibrant colors of India before your eyes. Explore the capital city of Delhi as you witness its rich traditions and vivacious history that has blended seamlessly into the metropolis it is today. Uncover the passionate love story behind the world-famous Taj Mahal. In this tour, you will be in search of the elusive Bengal Tiger in Ranthambore National Park and enjoy a boat ride amongst the palaces of Udaipur.

Arrive at the Indira Gandhi International Airport Delhi. Our local representative will meet you outside the customs gate and escort you to your hotel.

After breakfast, drive to Agra on a newly built expressway, passing by India’s world-class Grand Prix track. In the afternoon, visit Agra Fort, the seat and the stronghold of the Mughal Empire under successive generations. Encircled by a moat, this picturesque city within a city was the palace of three emperors, Akbar, Shah Jehan, and Aurangzeb. Each of them made significant contributions to the beautiful architecture of the inner buildings, a combination of Persian (Islamic) and local Hindu styles. Continue to Taj Mahal, the magnificent tomb built by Emperor Shah Jahan in memory of his beloved wife, Mumtaz. End the day with a marvelous sunset at the Taj Mahal, said to be one of the world’s most elegant and harmonious buildings.

(Please be advised that Taj Mahal is closed on Fridays)

Ranthambore National Park was once the hunting ground for the Maharaja of Jaipur. Enjoy a day of a game drive into the park, searching for Bengal tigers and other wildlife.

Drive to Bundi, a quaint blue-hued town noted for its picturesque forts. In the afternoon, take a guided tour to the 16th century Taragarh Fort, one of the most impressive forts in Bundi sits on a 1,426 feet steep hill. It houses a highly regarded painting gallery from where the Bundi style of mural painting was originated. Later, visit the palace complex below, with spy-holes, secret trapdoors, and underground passages. In the Chitrashala, here you can see the famous Bundi murals depicting scenes from the life of Lord Krishna. You will also see the ingenious water supply system based on step wells and tanks.

Drive to magical Udaipur, known as the City of Lakes and Palaces, in the western Indian state of Rajasthan.

Explore Udaipur on a morning tour, visit the beautiful City Palace, built on the crest of a ridge overlooking Lake Pichola. The City Palace is a labyrinth of courtyards richly decorated with inlaid mirror-work, galleries covered with frescos, temples, and roof gardens. Later visit Jagdish Temple in the old town and Sahelion-ki-Bari (Garden of the Handmaidens), followed by a motor launch cruise on Lake Pichola. From the boat, view the city of Udaipur as it rises majestically above the lake in the middle of the Rajasthan desert. See the Jag Mandir Palace, a lovely island palace in the middle of the lake,  before settling into your hotel.

Leave Udaipur for Jodhpur, a city with almost all the houses painted blue, and hence the Blue City. En route, stop at Ranakpur to visit the impressive Ranakpur Jain Temple before arriving at Jodhpur.

Explore Jaswant Thada, a beautiful memorial built-in in memory of Maharaja Jaswant Singhjill of Jodhpur by his son. The cenotaphs and domes carved in the intricate and traditional Rajasthani fashion make Jaswant Thada a charming sight. Visit the hilltop Mehrangarh Fort, one of India’s most impressive and best-reserved forts. Stroll through the Clock Tower Bazaar and colorful Sadar Market lined with spices, Indian sweets, textiles, silver, and handicrafts stalls.

Drive to Jaipur, the largest city in Rajasthan, known for its arts and crafts, jewelry, hand-painted fabrics, and stone sculptures.

After breakfast, set out for a visit to the hilltop Amber Fort in the ancient city of Amber. Once you are on top, stroll through the sprawling complex of courtyards and halls. Many rooms have delightful wall paintings, with precious stones and mirrors inlaid in the walls. Continue to the City Palace, housing a collection of great treasures, including miniature paintings, carpets, royal garments, and other interesting objects from Jaipur’s intriguing past. Later, visit Jantar Mantar, an observatory built by Sawai Jai Singh ll in the 18th century, followed by a brief stop at the Hawa Mahal, noted for its five-tiered wedding-cake facade. End the tour with a fascinating walk in the old city, mainly in the Badi Chaupad and Johari Bazaar area, to see the local craftsman at work.

In the morning, drive to Delhi for your onward flight.

Prices listed are per person, based on double occupancy, and subject to availability. This is a land-only package without airfare. Tour prices include hotel taxes and service charges. (LO/032222/C-10) 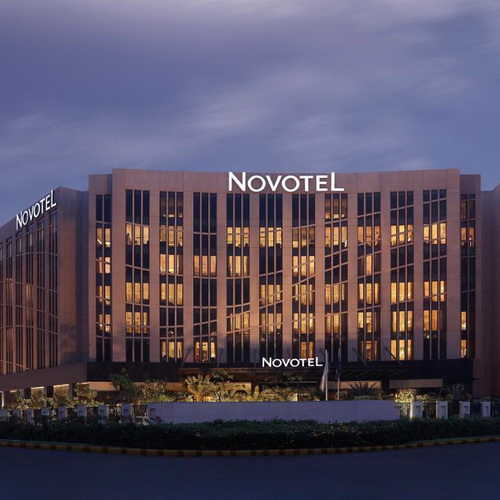 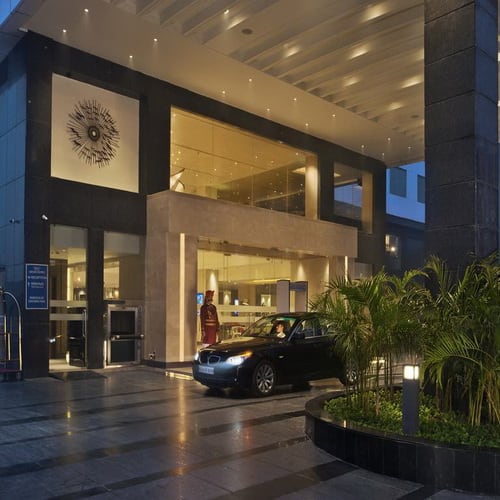 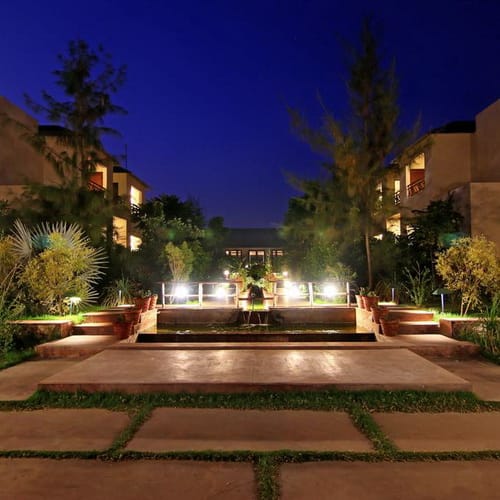 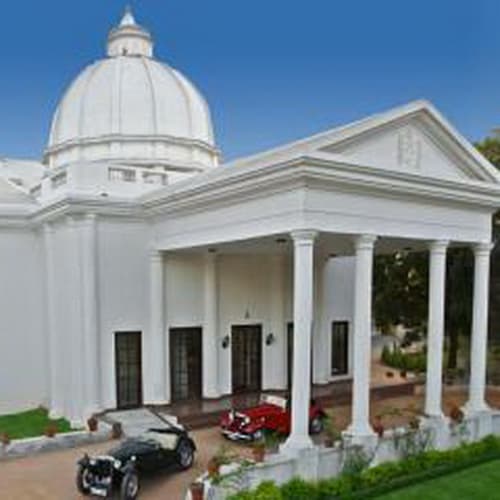 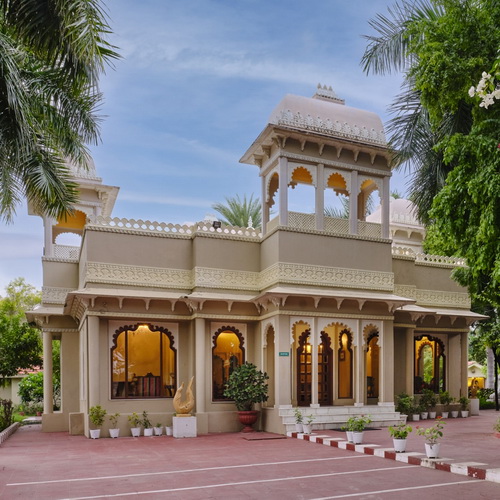 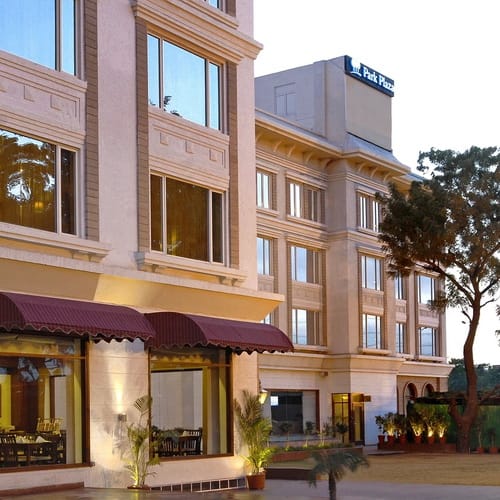 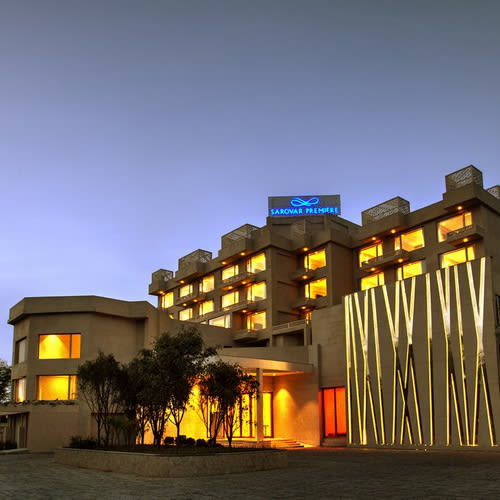 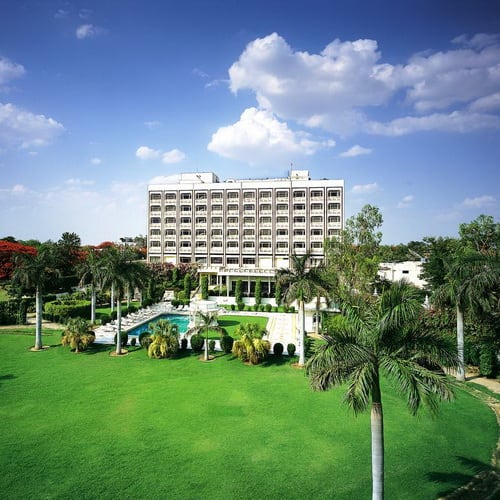 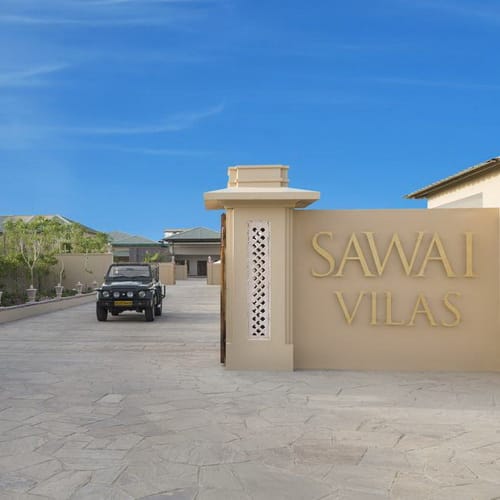 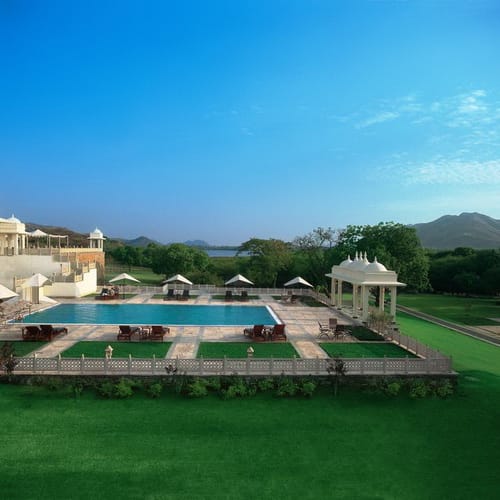 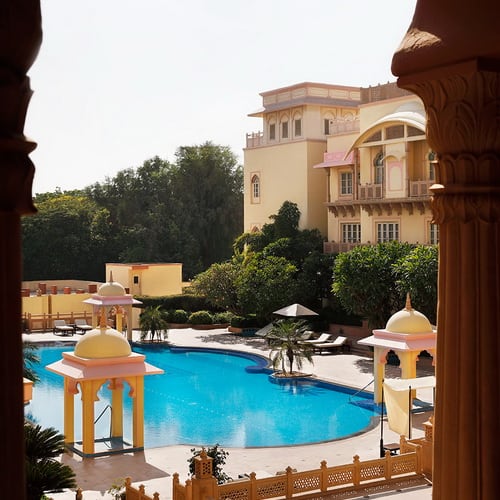 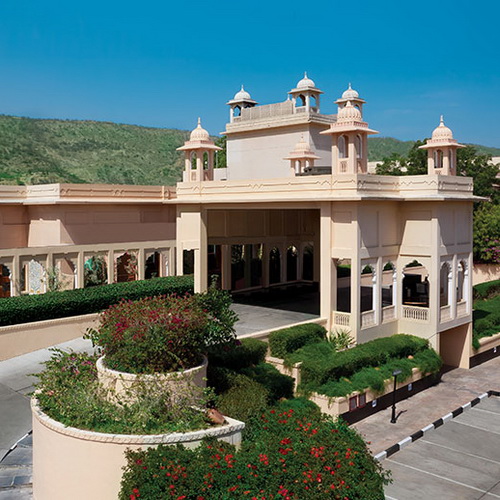