U.S. citizens need a valid passport, visa, onward/return ticket, and sufficient funds in order to travel to the Maldives. A no-cost visitor visa is issued upon arrival at the airport for stays of up to 30 days. Make sure that your passport has enough empty pages (1 fully blank passport page) available for entry and exit stamps to ensure your entry and exit. Travelers should be careful not to stay beyond the date permitted on their visas in order to avoid difficulties when departing the country.

For more updated and other information please visit: 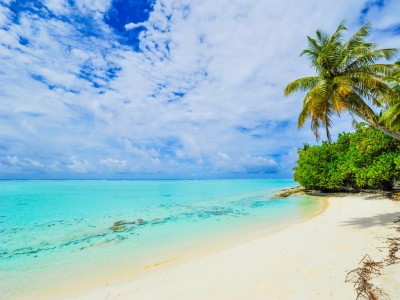 Location: South Asia; group of atolls in the Indian Ocean

A good source of health information for travelers is the Center for Disease Control (CDC). You can visit the CDC web site at http://www.cdc.gov. Although medical care is available in the Maldives (but at steep prices), you should still remain up to date on routine vaccinations before traveling to any destination. Please ensure that we are aware of any physical disability or frequent of ongoing medical requirements. Sightseeing may require, at minimum, the balance and agility necessary to climb stairs, enter and exit buses and boats, and navigate uneven or cobble-stoned streets. Bring medications in their original, clearly labeled containers. A signed and dated letter from your physician describing your med­ical conditions and medications, including generic names, is also a good idea. If carrying syringes or needles be sure to have a physician’s letter documenting their medical necessity. When on vacation, it is always wise to watch what you eat and drink, but please do not drink the tap water while traveling in the Maldives. Most hotels will provide complimentary bottled water and additional bottled water can be purchased throughout your trip.

Maldives’ unit of currency is the Maldivian Rufiyaa (Rf), which is subdivided into 100 laari. It is available in the following denominations: Banknotes: 5, 10, 20, 50, 100, 500 Rf; Coins: 1, 2 Rf and 1, 5, 10, 25, 50 laari. Most resorts and local islands will accept US Dollars as payment, so check with your resort before converting money into local currency because it is usually unnecessary to do so. Banks and ATM machines are typically not found at resorts or smaller local islands. Small shops on the islands are unlikely to accept credit card payment for goods, so make sure you have enough cash with you. Major credit cards such as American Express, Master Card, Visa, and JCB are widely accepted. The exchange rate is constantly fluctuating, but it can be found to be approximately 1 USD = 15 MVR. For the most updated exchange rate, please check http://www.xe.com.

Electrical service in the Maldives is supplied at 230 volts and 50 Hertz. Bringing an adaptor is a good idea if you are planning on using electronics (i.e. cell phones, laptops, cameras, etc.) during your trip.

As an island nation, you can be certain that fish and other seafood are specialties in the Maldives. Maldivian food usually consists of fruit, primarily coconut, and curries. Seafood such as tuna, grouper, octopus, mahi-mahi, mackerel, and swordfish are widely available. On the other hand, due to a lack of space and poor soil, most of the food and ingredients are imported except for some crops and tropical fruits. Although restaurants on resort islands typically serve international cuisines, traditional dishes can still be found on islands such as Malé.

Garudhiya, a traditional meal in the Maldives, consists of rice and fish broth and is served with a side of lime, chili, and onions. Another popular dish is mas huni, a shredded smoked fish with grated coconut and onions that is most commonly served for breakfast. If you are thirsty, traditional drinks such as sai, a sweet tea and a Maldivian favorite, or raa, a drink tapped from palm trees and sometimes left to ferment making it slightly alcoholic, will be sure to quench your palate.

The official language in the Maldives is Maldivian Dhivehi. Many languages have influenced the development of this language over time, but the most important is Arabic. Other influences are Portuguese, French, Persian, and English. Almost every Maldivian speaks English since it is the language used to teach in schools and is the unofficial second main language spoken in the Maldives.

The Maldives experiences a tropical climate with warm weather all-year round. The climate is determined by two seasons or monsoons: the dry season or northeast monsoon and the wet season or southwest monsoon. The dry season, from December to March, is the hottest period and experiences the least amount of wind. April is known to be a transitional month where waters are clear and temperatures are warm. May through November is the wet season where chances of rain and winds are more likely. During this period you may experience strong winds and thunderstorms, as well as a greater likelihood for cloudy skies and high humidity. Nonetheless, temperatures remain warm and it is still likely that visitors will experience extensive hours of bright sunshine amidst the short, abrupt downpours of the monsoon. There really is no bad time to visit the Maldives as temperatures remain marvelously consistent at around 84 degrees Fahrenheit throughout the year.

This will be contingent on your own personal preference and the time of year you are traveling. Generally, we suggest that travelers pack lightly and to bring comfortable, casual clothes in natural, “breathable” fabrics because of the humidity. Choose versatile styles that can be layered. A lightweight (preferably non-plastic) raincoat or poncho may be a good idea during the wet season for the chance of rain. Don’t forget to pack a sweater, lightweight jacket, or sarong for air-conditioned buildings and restaurants as all guests will be asked to cover up in these areas. Although resorts usually provide equipment for activities such as snorkeling and scuba diving, you may want to bring your own if you own some. Do not forget to bring swimwear, sandals, sun block, sunglasses, insect repellent, pocket packs of tissues, a sunhat, an umbrella (for both the sun and rain), camera, and any medications you may need. Most hotels offer reliable laundry and dry cleaning services.

Always wear what you are most comfortable traveling in, but a reasonable amount of modesty ought to be exercised. Travelers will usually spend most of their time in swimwear and flip flops. The majority of the islands’ dress codes are very relaxed, but smart casual is usually preferred in most places. All guests are asked to cover up in restaurants and public areas so wearing a sarong or light jacket is wise. Some people like to dress up in the evening, which is not necessary, but is dependent on one’s own personal preference.  Remember that temperatures are likely to be hot and humid so wearing light, loose fitting fabrics is a good idea.

Hotels may impose a hefty charge on international calls. Check your hotel’s policy before placing any calls. To avoid hotel markups you can use a calling card from your local long-distance carrier. A number of United States cell phones manufactured today have the ability to operate overseas on the GSM (Global System for Mobile) standard. We recommend that you contact your cell phone service provider to determine if your phone operates on the GSM and what, if any, activation may be required. In Maldives, reception on any cell phone can be unreliable and unpredictable. In some locations, transmission is not possible at all. If access to e-mail is of critical importance during your trip, please check availability in advanced. Most hotels have business centers or in room WI-FI service, surcharges may apply.

The Maldives: Kingdom of a Thousand Isles by Andrew Forbes

The Maldive Mystery by Thor Heyerdahl