U.S. citizens seeking entry as tourists or visitors are required to present a valid passport that will remain valid for the entire time you are staying in Japan, as well as an onward/return ticket for “visa free” stays of up to 90 days. Japan requires that all foreign visitors—over the age of 16—are required to provide fingerprint scans and to be photographed at the port of entry. This requirement is in addition to any existing visa or passport requirements. Make sure that you have enough empty pages for entry and exit stamps in your passport to ensure your entry and exit. Travelers should be careful not to stay beyond the date permitted in order to avoid difficulties when departing the country.

For more information about the Japanese visa waiver program for tourists, Japan’s rules on work visas, special visas for taking depositions, and other visa issues, you should consult the Consular Section of the Embassy of Japan at 2520 Massachusetts Avenue NW, Washington, DC 20008, tel. (202) 238-6800, or the nearest Japanese consulate. Please visit the Japanese Embassy’s website for location details. The U.S. Embassy and U.S. consulates in Japan cannot assist in obtaining visas for Japan. For more updated and other information please visit: http://travel.state.gov/content/passports/english/country/japan.html.

Please note: Each traveler is fully responsible for bringing and acquiring travel documents (e-tickets, hotel and travel vouchers, etc.) necessary for his or her itinerary. If you are not a citizen of the United States, your entry requirements may vary— please contact the nearest diplomatic or consular office of the country or countries to be visited and obtain the specific requirements for entry. 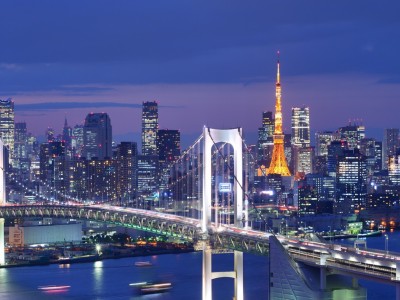 Religion: Shintoism 79.2%, Buddhism 66.8%, Christianity 1.5%, other 7.1%
(total adherents exceeds 100% because many people practice both Shintoism and Buddhism)

A good source of health information for travelers is the Centers for Disease Control (CDC) website.

You should be up to date on routine vaccinations while traveling to any destination. Sightseeing may require, at minimum, the ability to walk at a moderate pace for a mile or two, and the balance and agility necessary to climb stairs, enter and exit buses and boats, and navigate uneven or cobble-stoned streets. Some sightseeing stops do not have elevators or wheelchair access. Bring medications in their original, clearly labeled containers. A signed and dated letter from your physician describing your med­ical conditions and medications, including generic names, is also a good idea. If carrying syringes or needles be sure to have a physician’s letter documenting their medical necessity. When on vacation, it is always wise to watch what you eat and drink, but please do not drink the tap water while traveling in Japan. Most hotels will provide complimentary bottled water and additional bottled water can be purchased throughout your trip.

Japan’s unit of currency is the Japanese Yen (¥) available in the following denominations: Banknotes: 10,000, 5,000, 2,000, 1,000 ¥; Coins: 500, 100, 50, 10, 5, 1 ¥. Foreign currency and traveler’s checks can be exchanged only at authorized agencies such as banks,  exchange offices, and hotels. Major credit cards such as American Express, Master Card, Visa, and Diners Club are accepted, but expect to pay in cash at most family owned restaurants and small shops. The exchange rate is constantly fluctuating, but it can be found to be approximately 1 USD = 105 JPY. For the most updated exchange rate, please check http://www.xe.com.

Electrical service in Japan is supplied at 100 volts/ 50 Hertz in eastern Japan and 100 volts/ 60 Hertz in western Japan. Bringing an adaptor is a good idea if you are planning on using electronics (i.e. cell phones, laptops, cameras, etc.) during your trip.

Japan’s cuisine is one of the world’s most refined, with much emphasis placed on the preparation, appearance, and way of eating, as well as its flavor. Rice is the country’s mainstay, a grain held in almost sacred esteem. Fish, shellfish, pickled vegetables, and seaweeds of every description are eaten regularly, as are beef, chicken, bean curd, and noodles. Fish is very common in traditional cuisine and is often served grilled or raw as sashimi or in sushi. Western-style foods are widely available, from succulent steaks to fast-food hamburgers.

The favorite local spirit is sake, sometimes called “rice wine,” which is distilled from fermented rice. Sake in Japan can be served chilled, at room temperature, or heated, depending on the drinker’s preference, the quality of the sake, and the season. Local beers are also excellent. Please note that individual tipping is not common in Japan unless you request some extra special services. Often, a 10-15 % serving charge is added to the bill at leading hotels and high class restaurants.

The official language in Japan is Japanese. Many people in Japan are able to speak or understand some English to a certain extent, as English is the foreign language taught in schools as part of their curriculum.

Japan takes pride in its four distinct seasons: spring, summer, autumn, and winter. Spring is an especially beautiful time of the year in Japan as the iconic pink cherry blossoms bloom and softly blanket the country. Temperatures during the spring are moderate, as they start to warm up to the summer months. Summer in Japan begins with three to four weeks rainy season (June), but later becomes extremely hot and humid. Autumn is another gorgeous season in Japan as the leaves turn to colors of red, yellow, and orange. Temperatures are lower, and the cool crisp air and light breezes are refreshing. Winters in Japan are generally mild and pleasant. Although the air gets dry and temperatures do get cold, it rarely ever drops below 30°F and it is often sunny.

Japan has an extensive transportation system that offers convenient, quick, and easy ways to get around. The most common ways are:

The most popular and efficient way to travel around Japan is by train. The trains in Japan are always punctual, comfortable, clean, and safe. Restrooms are also common in most train stations and train cars. There are many different types of trains that run throughout the country such as local trains, rapid trains, express trains, limited express trains, and super express trains. Japan is best known for their Shinkansen Bullet Train, which can reach speeds of up to 186 mph, making it one of the fastest in the world. Tourists from all over come to ride this famous attraction.

Most people find that taking a taxi in Japan is expensive and unnecessary due to its effective and extensive transportation system. Taking a taxi is not always preferred, however, it may be the only means of getting around late at night, as buses and trains usually stop running around midnight. Lines and waiting times at taxi stands usually increase on Friday and Saturday nights.

Buses usually offer the cheapest mode of transportation in Japan. They can sometimes reach places that trains do not, such as the more remote areas of the country.

Japan’s broad ferry network makes traveling between each of the islands even easier. Although travel by ferry takes more time, its fares are cheaper and can be a pleasant, relaxing experience.

This will be contingent on your own personal preference and the time of year you are traveling. Generally, we suggest that travelers pack lightly and to bring comfortable, casual clothes in natural, “breathable” fabrics because of the humidity. Choose versatile styles that can be layered. A lightweight (preferably non-plastic) raincoat or poncho is a good idea, especially during the rainy season, as well as a sweater or lightweight jacket for when the weather cools down or in air-conditioned buildings. A sturdy, comfortable pair of walking shoes is a must, as sandals may not be comfortable for some sightseeing activities. Some hotels have pools, so you may want to pack your swimming suit. Do not forget to bring sun block, sunglasses, insect repellent, pocket packs of tissues, a sunhat, an umbrella (for both the sun and rain), and any medications you may need. Most hotels offer reliable laundry and dry cleaning services.

All different styles of clothing are worn in Japan, but you can find that their fashion tastes are more similar to those in China, rather than in Britain or the United States. Japanese residents are often modest, style-conscious, dress well, and value cleanliness. Wearing comfortable, casual clothes such as short sleeved shirts, polo shorts, etc., are great for sightseeing.

Hotels may impose a hefty charge on international calls. Check your hotel’s policy before placing any calls. To avoid hotel markups you can use a calling card from your local long-distance carrier. A number of United States cell phones manufactured today have the ability to operate overseas on the GSM (Global System for Mobile) standard. We recommend that you contact your cell phone service provider to determine if your phone operates on the GSM and what, if any, activation may be required. In Japan, reception on any cell phone can be unreliable and unpredictable. In some locations, transmission is not possible at all. If access to e-mail is of critical importance during your trip, please check availability in advanced. Most hotels have business centers or in room WI-FI service, surcharges may apply.

The Rough Guide to Japan by Simon Richmond and Jan Dodd