Explore the splendor of Indochina’s most impressive sites through this tour of Hanoi, Ho Chi Minh City, Siem Reap, and Phnom Penh. Your journey begins in the captivating city of Hanoi and cruising through the scenic waters of Halong Bay. Then, continue to Ho Chi Minh City, Vietnam’s largest and most dynamic city. We will visit fascinating landmarks such as the Reunification Palace and the famous Cu Chi Tunnels before heading towards the astonishing Angkor Wat in Siem Reap, known for its stunning religious temples. Our tour ends in Phnom Penh, Cambodia’s lively capital, where we will have a city tour followed by a visit to Cambodia’s most important historic sites – Prison S21 and the killing fields. This program reveals the best of Indochina’s most impressive destinations making it truly an unforgettable journey!

Upon arrival in the Vietnamese capital, we transfer directly to our hotel, where you can rest well for your upcoming tour.

Start the day with a walking tour to the Ho Chi Minh Complex, consisting of the Ho Chi Minh Mausoleum, Ho Chi Minh’s Stilt House, and Ba Dinh Square. See the unique One Pillar Pagoda and the Temple of Literature, Vietnam’s first university, constructed in 1070 with its gardens and well-preserved architecture offering a relaxing glimpse into Vietnam’s past. We tour the infamous Hoa Lo Prison in the afternoon, also known as the “Hanoi Hilton” during the Vietnam War. Continue on a cyclo tour to the Old Quarter, observe the unique architecture as your driver pedals your cyclo behind you. In the evening, attend an impressive display of water puppetry.

Depart the city in the morning and head to the seaside port of Halong Bay. Board a traditional junk boat and get acquainted with the facilities onboard as we set sail and cruise into the bay. The cruise continues cruising through a fishing village on the bay and passes the spectacular limestone caves dotted around the bay. Soak up the sun on the top deck with optional onboard activities. In the evening, the chef will prepare a splendid meal comprised of fresh seafood and other traditional dishes. Spend the night aboard a traditional junk boat.

Greet the day on deck with a tai chi session as the sun rises, followed by breakfast in the restaurant. Spend the morning cruising through the limestone cliffs of Ha Long Bay before returning to the wharf. Disembark and drive back to Hanoi for your flight to Ho Chi Minh City in southern Vietnam, known for its French colonial landmarks. Upon arrival, transfer to your hotel.

After breakfast, take a short drive to Cu Chi, where you will explore an immense network of connecting tunnels used during the Vietnam War. The underground Cu Chi Tunnels is a hidden 125-mile extended network of narrow tunnels used for storage, shelter, command posts, and hospitals during the war. Return to Ho Chi Minh City for a half-day city tour in the afternoon. Highlights include the Reunification Palace, Notre Dame Cathedral, Central Post Office, Chinatown, Binh Tay Market, and Thien Hau Temple.

Meet your guide for your private transfer to the airport for your flight to Siem Reap, home to the magnificent Angkor Wat Monuments. Upon your arrival, transfer to your hotel. The rest of the day is free at leisure.

Siem Reap, home of the Angkor Wat, is known worldwide for the awe-inspiring collection of ancient temple ruins. We begin sightseeing at Angkor Thom, the heavily fortified city built in the 10th century by the greatest Khmer rulers, King Jayavarman VII (1181 – 1201). With over one million inhabitants, Angkor Thom covered 3.8 square miles. We enter via the South Gate of Angkor Thom, one of the five 65-foot high gates that pass along a narrow causeway over the city moat flanked by the statues of 54 gods on the left and 54 devils on the right. They are seemingly engaged in a game of tug of war, yet they are enacting the famous scene from the Churning Sea of Milk bas-relief. After walking through the causeway and gate, you will have entered Angkor Thom. From Angkor Thom’s southern gateway, continue to visit the Bayon Temple. The structure is staggering in its construction, and most Angkor specialists agree that it is one of the finest examples of classic Khmer architecture. The 49 towers on the third level are stunning and decorated with 172 smiling faces of the omnipresent Avalokitesvara. This temple marks the exact center of Angkor Thom; thus, it is the most venerated of the city’s temples and the most mysterious. Leaving the Bayon, take a brief stop at the Royal Enclosure to see the Elephant Terrace. The terrace takes its name from the exceptional depiction of elephants and an elephant hunt, which takes up most of the frieze. A little north of the main terrace is another, known as the Terrace of the Leper King. It was built in the Bayon style under Jayavarman VII, though its modern name derives from a 15th-century sculpture discovered at the site. The statue depicts the Hindu god Yama, the god of death. We continue to the 12th century Preah Khan temple located northeast of the Angkor Thom. Constructed as a monastery and teaching complex in 1191 by Jayavarman VII, Preah Khan is unique in its sense of religious tolerance, with sections dedicated to Buddhism, ancestor worship, and the Hindu gods Shiva and Vishnu. We will conclude our afternoon sightseeing with a stop at the jungle temple Ta Prohm. Covering by the trees growing out of the ruins and the surrounding jungle, Ta Prohm creates a great merging of nature and architecture.

Start the day early to view the sunrise over the beautiful ruins of Angkor Wat. Imagine centuries ago, the markets and temples came alive with the dawn of a new day. After this memorable experience, enter Angkor Wat’s main enclosure to experience Angkor from an entirely different perspective. With the grounds almost deserted of visitors, you will feel like Angkor Wat is yours to explore. Constructed under the reign of Suryavarman II, Angkor Wat is one of the most massive religious structures in the world, covering an area of 480 acres encircled by an enclosure wall nearly four miles long. The five towers of Angkor Wat represent the five peaks of Mount Meru, home of the gods and center of the Hindu universe. The temple’s greatest sculptural treasure is its one-mile-long bas-relief that wraps around the walls of the outer gallery along with the figures of Khmer Devas and Apsaras. Return to your hotel for breakfast. After breakfast, drive to the intricately carved and well-preserved Banteay Srei (citadel of women). The detailed reliefs on this smaller sandstone structure are regarded as the finest and most skillfully crafted in Cambodia. Afterward, we board our flight to Phnom Penh, Cambodia’s capital.

In the morning, visit the Tuol Sleng Genocide Museum and the notorious Khmer Rouge Killing Fields. The exhibits at these sites are graphic and may not suit all visitors. Enjoy Phnom Penh at sunset by taking a cruise along the Mekong River. Along the way, you will visit a floating village and observe how local people go about their daily businesses along the riverbanks. In the evening, visit a local family for a home-cooked dinner. Enjoy the meal hosted in the cozy dining room to understand the vital role of food at home plays in Cambodia.

Today we bid farewell to Phnom Penh and board our flight home.

Prices are from per person based on twin/double share accommodation and travel in the low season. Seasonal surcharges and blackout dates may apply. Limited seat/spaces and all pricing is subject to change and availability. Rates for single or triple travelers are available on request - please inquire. This is a land-only package without airfare. (LO/032322/C-10) 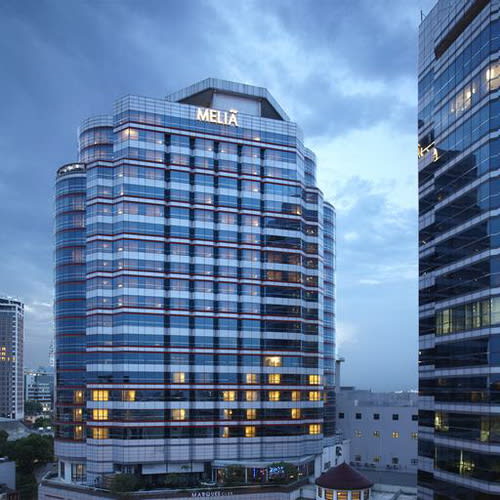 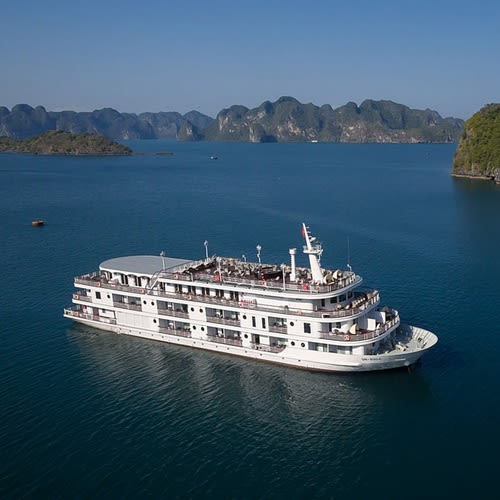 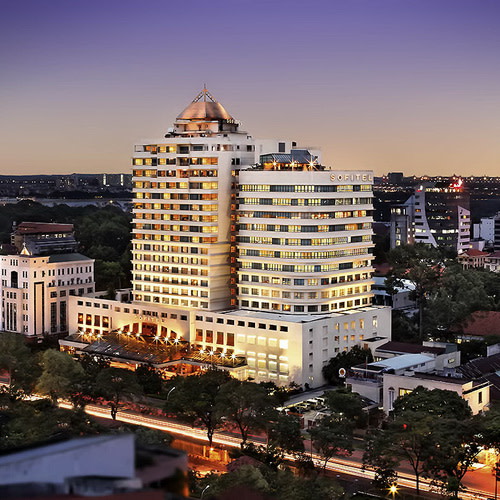 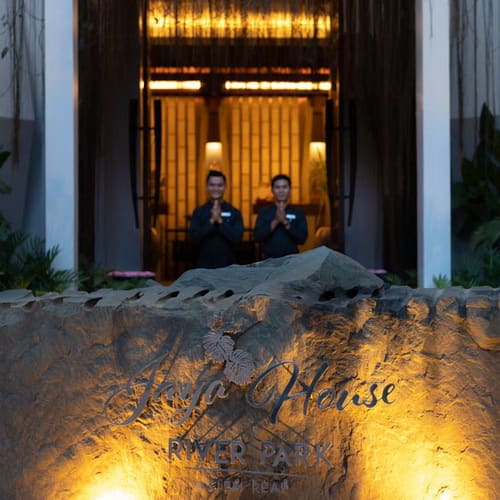 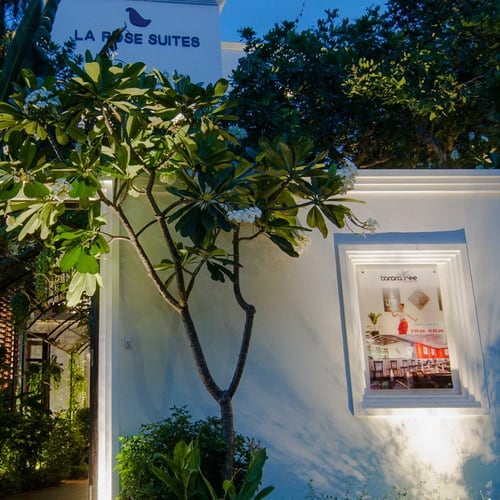 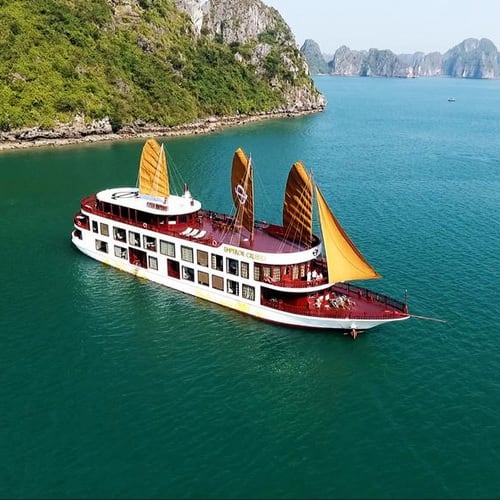 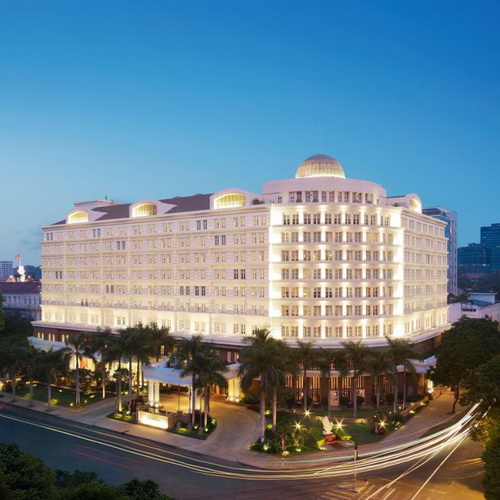 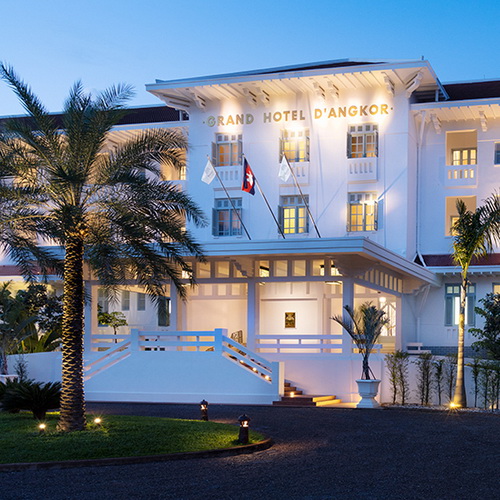 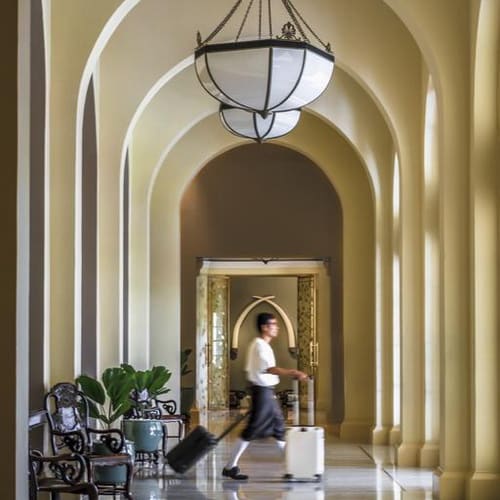