Discover the best of Japan and Korea in this 9-day journey. Travel from the modern metropolis of Tokyo to captivating South Korea. We spend a morning visiting Tokyo’s major highlights and admiring the breathtaking beauty of Mt. Fuji and Hakone. In Korea, we explore Seoul – the nation’s vibrant capital city, then head south to see the sights of cultural Andong before heading to discover many cultural relics in Gyeongju. In Busan, see the brightly painted houses built on a steep mountain-side slope, known as “Korea’s Santorini” and the “Machu Picchu of Busan.

Arrive in Tokyo, Japan’s capital city, to be transferred to your hotel by airport limousine bus.

This morning, see the best of Tokyo with a half-day tour of the city’s most charming neighborhoods and iconic landmarks. Tour disbands at Yurakucho Station. You will have free time to explore the lively restaurant district near the station at your leisure. Ginza, the famous upmarket shopping, dining, and entertainment district, is on the station’s east side with an approximately 20-minute walk. Enjoy the afternoon at leisure.

Leave the hustle and bustle of Tokyo behind and board a bus to Mt. Fuji, Japan’s highest mountain at 12,388 feet. Ascend to Mt. Fuji’s fifth station, where you can admire the beautiful mountain scenery and a panoramic view of Tokyo. After lunch, hop on a pirate ship for a cruise on Lake Ashi, formed by a volcanic eruption. Then, ride a ropeway cable car into the Ōwakudani Volcanic Valley, where you can get a bird’s eye view of the many hot springs below. Head back to our bus for our journey back to Tokyo, where your tour concludes.

*Option for return to Tokyo by bullet train is available with a $50 per person surcharge.

*Pick-up and drop-off services may not be available from your hotel.

After breakfast, head to the airport for our flight to Seoul, the largest metropolis in the Republic of Korea. Upon arrival, transfer to your hotel.

Spend the day visiting Seoul’s most famous landmarks on a guided tour of the city. Sights include Gyeongbokgung Palace, the largest of the “Five Grand Palaces” built by the last Korean Dynasty, the Joseon Dynasty. Walk around the compound with your guide to see traditional Joseon architecture, and keep your camera handy for changing the guard ceremony at Gwanghwamun Gate. Within the Palace grounds, visit the National Folk Museum, where you will gain an insight into Korean culture, tradition, and history. We then stroll alongside Cheonggycheon Stream, which runs serenely through the heart of downtown’s gleaming skyscrapers. Head between Gyeongbokgung Palace and Changdeokgung Palace to Bukchon Hanok Village. Peer inside traditional houses and learn about Korean lifestyles from the past to the present day. Continue to Insadong, a neighborhood known for its traditional tea houses and antique galleries. Venture to Gwangjang Market — Seoul’s first and oldest covered market. Feast on South Korean delicacies such as mung bean pancakes, bibimbap (rice, meat, and vegetable dish), and kimchi (fermented chili cabbage) while learning about Seoul’s culinary heritage.

Leaving Seoul, we travel south to Andong, the picturesque home of Korean Confucianism. We explore the ancient UNESCO Listed Hahoe Village on an afternoon tour, where the same families have well preserved approximately 130 traditional houses of varying sizes and standards for generations. We’ll also visit the Andong Folk Museum and the historic Dosansewon Confucian School, established in 1574. Continue south, and we reach historic Gyeongju, where we will stay for the next two nights.

This morning we visit Gyeongju National Museum, home to countless treasures, including the 23-ton Emille Bell cast in AD771. Known as ‘the museum without walls’, Gyeongju was the capital of the Silla Kingdom from 57BC to 935AD. At Tumuli Park, we see the incredible giant grass-covered burial mounds that house the Silla royal tombs. We stroll around the scenic Anapji Pond, where the Silla royal family spent their leisure. Another highlight is Cheomseongdae Observatory, one of the world’s oldest astronomical observatories. In the afternoon, we visit two magnificent UNESCO World Heritage Listed temples – Seokguram Grotto, one of Asia’s finest Buddhist shrines, located on the slopes of Toham Mountain, and the beautiful temple of Bulguksa, built-in 528 during the Silla Dynasty.

This morning, we head towards Busan, South Korea’s principal port city and second-largest city, situated on the southeastern tip of the Korean Peninsula. Visit the Busan Tower located in Yongdusan Park, offering spectacular views of the old port city. We continue to the Jagalchi Fish Market, where fishermen sell their fresh catch, and the locals haggle for a good deal. Then it’s time to practice some haggling at Kukje Market, the best place in Busan to find silk, clothing, linen, handbags, and much more. After our tour, head back to Seoul by KIX Express Train. Upon arrival, meet your driver for your transfer to your hotel.

Transfer to the airport for your onward flight.

Prices are from per person based on twin/double share accommodation and travel in the low season. Seasonal surcharges and blackout dates may apply. Limited seat/spaces and all pricing is subject to change and availability. Rates for single or triple travelers are available on request - please inquire. This is a land-only package without airfare. (LO/032922/C-10)
Click on Terms & Conditions for important information. 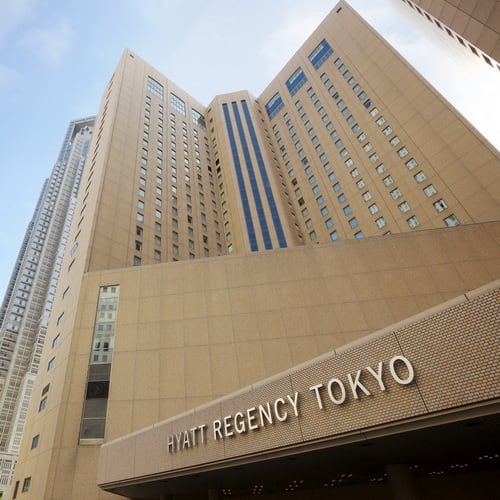 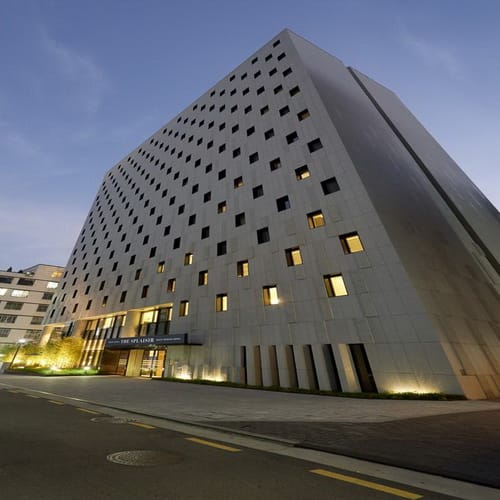 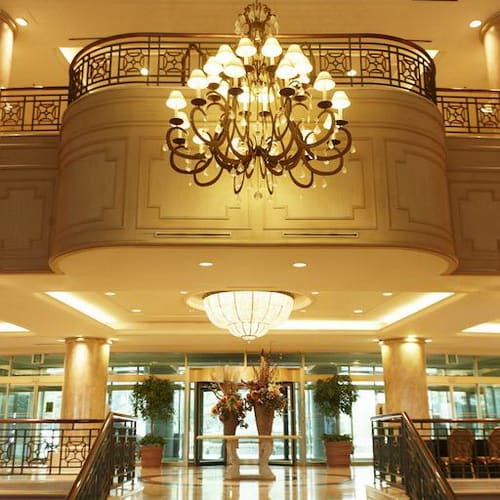