Immerse yourself in the traditional Sarawak lifestyle and see Kuala Lumpur and Singapore’s past, present, and future sites on this 10-day adventure. In Kuching, Sarawak’s capital, we explore the stunning cultural places followed by a sunset river cruise along the Sarawak River. Travel on to Batang Ai, enjoy a cultural performance and visit Iban longhouses communities on a longboat ride before arriving in Kuala Lumpur, where you’ll enjoy a full-day tour of its cultural and historical sites. From Kuala Lumpur, we take a road trip to the Lion city of Singapore. On our way, we pause at the historical town of Malacca for a city tour before crossing over to Singapore. We discover Singapore’s history, culture, and the famed Botanic Gardens on a city tour.

Upon arrival in Kuching, meet your local guide at Kuching airport, and transfer to the hotel.

Kuching is a fascinating city with a great many historic buildings and colonial influences. The first stop of our half-day tour today is the Kuching South City Hall. Take in the view of Fort Margherita from the waterfront, see the futuristic Kuching Civic Centre, and enjoy a panoramic view of the city, the Syariah Muslim Court, traditional Malay houses built on stilts, and the mosque along the riverbank. Winding through the heart of the town with your guide, look out for the majestic Astana, the former palace of the White Rajahs, now the official residence of the Governor of Sarawak. Stop for a few minutes in front of the Old Colonial Courthouse, complete with a clock tower and a granite obelisk built-in memory of the second White Rajah, Charles Brooke. Then visit Sarawak Museum, a treasure house of artifacts and exhibits with archaeological and cultural significance. Enjoy a breathtaking 360° panoramic view of the Kuching skyline on a cruise along the Sarawak River.

This exciting day starts with a scenic drive through the countryside dotted with villages, pepper, and oil palm plantations. Enjoy lunch en-route before arriving at Batang Ai Hydro dam. Embark on a motorized boat for a 20-minute ride across the lake to Aiman Batang Ai Resort, your home for the next two nights.

After breakfast, depart for Mengkak Longhouse by motorized longboat. The 30-minute journey will take you across the lake into the Engkari River, one of the many tributaries flowing into the lake. Enjoy a short cultural performance by the longhouse dwellers, followed by a blowpipe demonstration. Enjoy lunch and some free time before your journey back to the resort.

After breakfast, transfer by boat to Batang Ai Hydro Lake for your return journey to Kuching. Enjoy lunch en-route before arriving back to the city in the late afternoon. Transfer to Kuching Airport for your flight to Kuala Lumpur, the largest city and Malaysia’s national capital.

Start your morning city tour with a visit to the National Mosque or, in Malay, the Masjid Negara, the most distinguished mosque in Kuala Lumpur. Another must-see is the Tugu Negara, or War Memorial, where we honor those who perished in the war. You will also pass the Moorish-styled Federal Court, the old Railway station, which is a striking piece of Mohammedan architecture, and the King’s Palace. Visit the Thean Hou Temple in Robson Heights, home to the patron Goddess Thean Hou of the Hainanese community. This unique six-tiered temple is one of the most significant Chinese temples in Southeast Asia. Proceed for a short walk to the Central Market, which showcases the local arts and crafts. After the tour, transfer back to your hotel, and the rest of the day is free at leisure.

Today, after breakfast at the hotel and you will be free at your leisure.

Today, we drive from Kuala Lumpur to Singapore. En route, stop for a city tour in Melaka, a historic port city with Portuguese, Dutch, Chinese, and British influences. We start from the Dutch Square in the heart of the Old Town. Explore the Portuguese-influenced St. Paul’s Church and the mighty fortress – Porta de Santiago, built by the Portuguese in 1512. Continue to Christ Church, built-in 1753 in honor of the centenary of the capture of Malacca. Enjoy authentic Peranakan food at lunch. After lunch, see the Cheng Hoon Teng Temple, where three major doctrines of Chinese belief worship under the same roof. Take a stroll along Malacca’s Jonker Street, known for its antiques, souvenirs, arts, and crafts, before heading to Singapore.

Singapore is Southeast Asia’s most modern city and a multi-cultural country with rich Chinese, Malay, and Indian cultures. We explore the city by driving round the Civic District, passing by the Padang, Singapore Cricket Club, historic Parliament House, and the National Gallery Singapore, where the former Supreme Court Building and City Hall sit. Then, stop for a beautiful view of Marina Bay and a photo op of the Merlion statue, Singapore’s mythological figure that’s half-fish, half-lion. Next, visit the century-old Thian Hock Keng Temple, a Buddhist-Taoist temple built to worship Mazu, a Chinese sea goddess. We drive past Chinatown before heading to the National Orchid Garden, home to 60,000 orchids of various colors and hybrids. Our last stop is the neighborhood of Little India. We walk past shops along with the five-footway offering a variety of exotic fruits, spices, jasmine, and orchid garlands. Watch a skillful demonstration of Teh Tarik – pulled tea at a “Sarabat Stall” and sample the tea after with your guide explaining the origins of this all-time local favorite beverage.

Enjoy the afternoon at leisure or spend your afternoon at Clark Quay, Singapore’s riverfront filled with outdoor restaurants and shophouses.

Depart the hotel and head to the airport to catch your return flight home.

Price is from per person based on twin/double share accommodation and travel in the low season. Seasonal surcharges and blackout dates may apply. Please be aware that a Malaysia Tourism Tax of 10 Malaysian Ringgit. (approx. US$3.00) per room, per night, will be collected by the hotel upon check-in. (LO/033022/C-10) 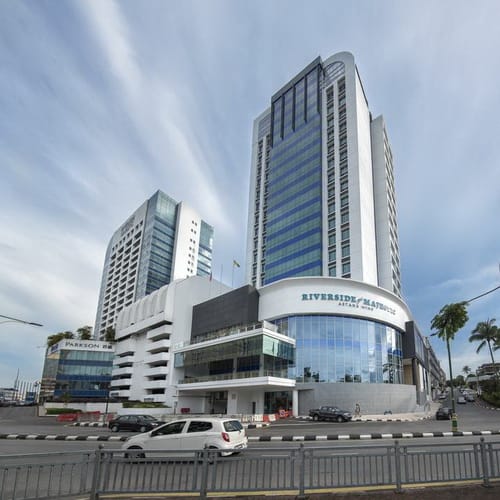 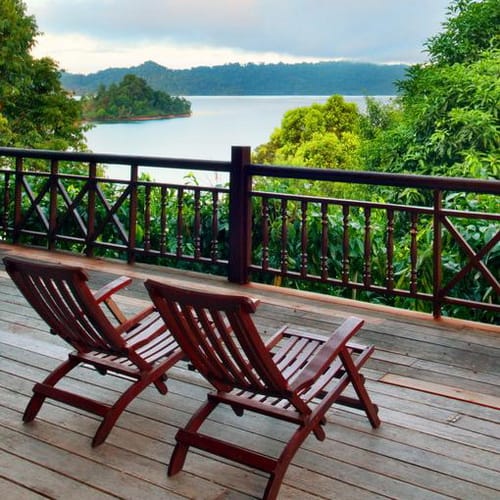 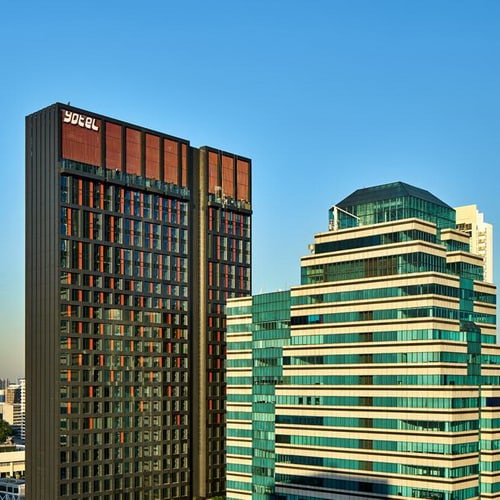