You must have a valid U.S. passport and a visa to enter Australia. Most U.S. passport holders traveling to Australia for tourism or business purposes for less than 90 days can obtain an Electronic Travel Authority (ETA). The ETA is an electronic label-free visa and can be obtained at the ETA website for a small service fee. Airlines and many travel agents in the United States are also able to apply for ETAs on behalf of travelers. If you overstay your ETA or any other visa, even for short periods, you may be subject to exclusion, detention, and removal by the Australian Department of Immigration and Border Protection (DIBP). You can obtain more information about the ETA, other visas, and entry requirements from the Embassy of Australia at 1601 Massachusetts Avenue, NW, Washington, DC 20036, via the Australian Visa Information Service at 905-280-1437 (toll charges to Canada apply) or the Embassy’s website or visit the Australian Government Department of Immigration and Border Protection website at https://www.eta.immi.gov.au/ETAS3/etas.

If you are a U.S. citizen, you are eligible for a visa waiver and do not need a visa for tourist stays of three months or less.  You must have a valid passport.  Visit the New Zealand Embassy website for the most current visa information.

Please refer to the instructions stated in your itinerary confirmation. 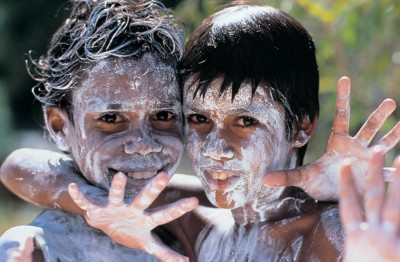 A good source of health information for travelers is the Centers for Disease Control (CDC) website.

You should be up to date on routine vaccinations while traveling to any destination. No vaccinations are required to enter Australia from any country. New Zealand has no vaccination requirements for any traveler. While health care in NZ is of a high standard and not overly expensive by international standards, considerable costs can be incurred and repatriation can be extremely expensive. For up to date information on latest health and vaccination recommendations, please contact your doctor.

In Australia travellers cheques are widely accepted and can be exchanged at hotels and banks. Credit cards can be used at hotels, most restaurants and shops. You must declare to Customs any amounts of AUD$10,000 or more in foreign or Australian currency (notes and coins) that you bring into Australia. ATM outlets are numerous in Australia. Exchange currency only at authorised outlets such as banks and hotels, and exchange only what you think you will spend in country. Coins cannot be reconverted on departure. Save all receipts from any currency exchange transaction. You may be asked to produce them when you exit the country, and they are required if you intend to reconvert local currency.

In New Zealand cash can be withdrawn from ATMs 24 hours a day. Use of EFTPOS (Electronic Funds Transfer at Point of Sale) is common. All international credit cards (American Express, Diners, JCB, VISA, Mastercard) are accepted. Travellers cheques may be changed at banks, hotels and large stores in the main cities and tourist areas.

For the most updated exchange rate, please check http://www.xe.com.

AUSTRALIA- operates on 240 volts AC / 50 hertz. If you are taking personal electrical appliances you will require a plug that has two or three flat prongs forming a V-shape.

AUSTRALIA – Australians eat out frequently, and you will usually find one or two options to eat out even in small towns, with a wider range in larger towns and cities. BYO stands for Bring Your Own (alcohol). In many of the urban communities of Australia you will find small low-cost restaurants that are not licensed to serve but allow diners to bring their own bottle of wine purchased elsewhere. This is frequently much cheaper than ordering a bottle of wine in a restaurant. Beer can be taken to some BYO restaurants, others allow only wine. Expect to pay a corkage fee which can vary from $2-15, or may be calculated by head. BYO is not usually permitted in restaurants that are licensed to sell alcohol. Clubs, such as bowling clubs, leagues clubs, RSLs are in many towns and cities. They are most common in the states of Queensland and New South Wales. Most allow visitors, and sometimes offer good value meals. Native Foods are Kangaroo, if you fancy some, it is commonly available from most supermarkets and butchers shops. Head to the nearest park, and barbecue it until medium rare. Best not to overcook as it may become quite tough. It tastes much like beef. It occasionally makes it onto the menu in restaurants, mostly in tourist areas. Kangaroos aren’t endangered, and kangaroo grazing does far less damage to the sensitive Australian environment than hoofed animals, and far less carbon emissions too. If you are not ready to go vegetarian, kangaroo is the best environmental statement you can make while barbecuing.

NEW ZEALAND – New Zealand has a reputation as a leading producer of meat and dairy produce with lamb, beef and pork on most menus. Venison is also widely available. Locally produced vegetables, such as kumara (a natural sweet potato), are good. There is also a wide range of fish available, including snapper, grouper and John Dory. Seasonal delicacies such as whitebait, oysters, crayfish, scallops and game birds are recommended. New Zealand is also establishing a reputation for French-type cheeses: bleu de Bresse, brie, camembert and montagne bleu.

AUSTRALIA – Australia’s official language is English. However, Australia is a multicultural nation with a significant migrant population, so it’s common to hear a diverse range of languages in Australia’s cities and towns.

The peak travel season in the most popular parts of Australia is the Australian winter. In much of the country – Queensland, the Top End, the Red Centre and most of Western Australia – the most pleasant time to travel is April through September, when daytime temperatures are 66° to 88°F (19°-31°C) and it rarely rains. June, July and August are the busiest months in these areas.

On the other hand, Australia’s summer is a nice time to visit the southern states – New South Wales, Victoria, South Australia, Western Australia from Perth to the south, and Tasmania. Even in winter, temperatures rarely dip below freezing, and snow falls only in parts of Tasmania, in the ski fields of Victoria and in the Snowy Mountains of southern New South Wales.

Ultimately the best months to visit Australia are September and October. During this period it’s still warm enough to hit the southern beaches, but also cool enough to tour Uluru (Ayers Rock). As well, the humidity and rains have not yet come to Cairns or the Top End and the wildflowers are in full bloom in Western Australia.

In addition to the period from December 26 to the end of January when Australians take their summer vacations, Easter (from Good Friday to Easter Monday) and all school holidays are very busy.

New Zealand has mild temperatures, moderately high rainfall, and many hours of sunshine throughout most of the year. The north of New Zealand is subtropical and temperate. The warmest half the year is from September to April. The summer months of December, January and February are an ideal time for outdoor pursuits. Spring is from September to November. Autumn is from March to May and winter from June to August.

Maximum daytime temperatures vary from 59 to 89°F in summer, 50 to 77°F in autumn and spring, and 41 to 64°F in winter. However, winter is the ideal time to warm up close to an open fire in one of the many splendid lodges dotted around the country – or even to venture out to the numerous ski slopes found in New Zealand.

Australia offers many Internet access options for travelers. Be aware that many internet companies cap usage, finding an unlocked Wi-Fi connection is uncommon.

Internet speeds generally range from ADSL speeds to Cable (30Mbps). Some cities have access to the new fibre optic network which means speeds of up to 100Mbps can be attained. Telstra is developing the world’s largest WiFi network which means travellers will be able to connect to WiFi on public transport and in public areas around the nation.

GPRS and 3G wireless Internet connections are available through all cellular phone networks. Australia has cellular networks operated by Telstra, Optus and Vodafone.

If you have a 3G/UMTS-enabled phone, make sure it supports the appropriate frequencies: 850/2100 MHz for Telstra, and 900/2100 MHz for Optus and Vodafone. Also check with your home carrier for data roaming fees (likely quite expensive).

4G LTE Networks have been rolled out via Telstra and Optus in major cities on the 1800mhz frequency band.

In New Zealand, Internet access is expensive and metered because of the single cable connection to the rest of the world. It’s available in cyber cafes and there are many of these in the major cities but avoid cyber cafes without using a trusted and reliable Anti-virus application. Vouchers for Wi-Fi access can be bought from many Starbucks cafes, and many McDonalds have free Wifi for paying customers. It is becoming more common for Wi-Fi to be provided at hotels and motels using vouchers, but it is seldom free as part of your room rate. New Zealand has a well developed and ubiquitous telephone system. The country’s main phone company, Telecom, claims (as of 2009) to have about 4000 payphones in NZ which can be easily identified by their yellow and blue colours. All of them accept major credit cards and a variety of phonecards available from retailers. You may have to look hard for a payphone that accepts coins.

AUSTRALIA – The emergency number for police, ambulance and fire brigade is 000

NEW ZEALAND – The emergency number for  police, ambulance and fire brigade is 111